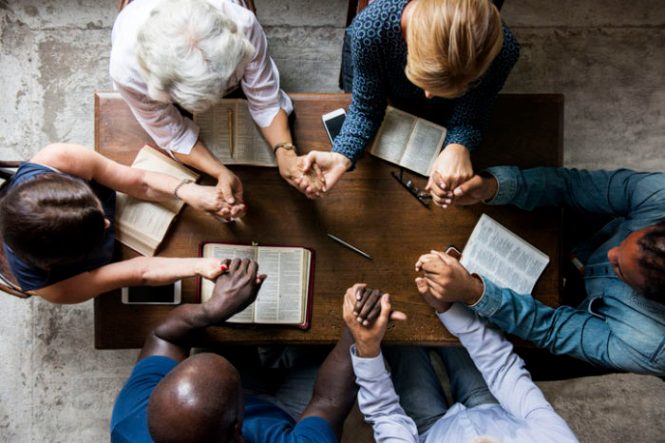 Ways to build a work culture- On World Religion Day, all organizations should ask if their employees feel empowered to bring their “whole selves” to work.

Advances in technology have dramatically increased global access to knowledge. To deal with all this data, technology has enabled a level of content curation that means never having to be challenged. Thus, it has become increasingly easy to remain isolated in one’s own bubble. However, the workplace is one area where we regularly encounter people different from ourselves. As such, workplaces play a critical role in breaking down those barriers and encouraging increased intercultural understanding of work culture.

For this reason, building an inclusive organization/work culture is critical to the future success of any business. Not only is it good for society, but it’s good for the organization, too. The world has become increasingly diverse—not only is the candidate pool more diverse, but the consumer base is as well. Not embracing and embedding inclusion in how the company works will lead to employees leaving, difficulty hiring and inaccurate representations of those the company serves. In short, not being inclusive could impact the future survival of the firm.

See also: The interesting link between diversity and EX

In the U.S., and indeed around the world, this has become particularly important for the inclusion of different religious groups. In 1950, 94% of Americans described themselves as Christian (including Catholic and Mormon). That’s a pretty homogenous group. By 2009, though, that rate had dropped to 77%. And 10 years later, only 65% of Americans self-described as Christian. That change is mainly due to the increase in the numbers of Jewish, Muslim, Hindu, Buddhist and non-religious Americans. As a result, both the country and the workplace have become even more religiously diverse.

However, despite that the U.S. was founded by those fleeing religious persecution and the country is becoming increasingly religiously diverse, we still see a lack of religious inclusion across the U.S. Hate crimes motivated by a victim’s religion have increased dramatically since 2000. In particular, since 2001, there has been a dramatic increase in violence against Muslims. Equally notable, violence against Jewish-Americans has risen 37% since 2016.

The workplace is not immune. Since 2001, religious-discrimination claims to the Equal Employment Opportunity Commission have doubled. It wasn’t even until 2015 that the Supreme Court definitively declared that a woman wearing a hijab could not be fired for that reason.

Given these facts, it makes sense that many people of myriad religions don’t feel comfortable bringing their whole selves to work. And this can have dire consequences for employees.  Tanenbaum, an organization that studies religious prejudice in the workplace, found that companies that don’t provide information about their religious-discrimination policies are more likely to have staff seeking new jobs than workers at companies that do. Additionally, workers at companies that don’t offer flexible hours for religious observance are more than twice as likely to say they don’t look forward to coming to work.

As such, managers and business leaders play a huge role in ensuring that all employees, no matter their background, feel welcome and that no aspect of their identity will mean that they don’t fit in.

We have worked with companies all over the world and assessed what makes their cultures more or less inclusive. Here are three key actions leaders can build into their day-to-day work to build a more inclusive culture:

These are just a few examples of regular actions that leaders can take every day to ensure their organization is as inclusive as possible. It’s not always easy, because considering inclusion is not always a natural tendency, especially when we’re tired, stressed or facing deadlines. It’s often not that we don’t want to be inclusive, but just that we forget in the face of other priorities. But if we can just remind ourselves to slow down and think, “What about diversity and inclusion?” that can help us to remember to take these small, but extremely important and impactful, actions that help everyone feel like they belong.

In an increasingly globalized world, our workplaces are and will continue to be diverse. But how we work with that diversity is what will distinguish successful organizations from failing ones.

Raafi-Karim Alidina is an associate of global diversity and inclusion consultancy at Frost Included and is the co-author of the new book, Building An Inclusive Organisation, published by Kogan Page.