The power of ideology in business 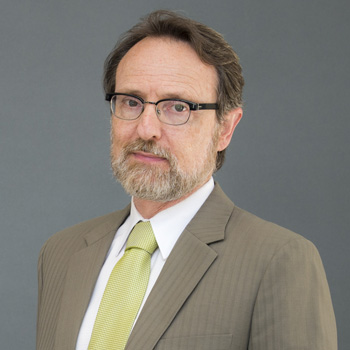 Peter Cappelli is HRE’s Talent Management columnist and a fellow of the National Academy of Human Resources. He is the George W. Taylor Professor of Management and director of the Center for Human Resources at The Wharton School of the University of Pennsylvania in Philadelphia. He hosts “In the Workplace” on SiriusXM Channel 111 with Dan O’Meara. He can be emailed at hreletters@lrp.com.

One of the great concerns for observers of contemporary business is, that while companies are awash in money, they don’t seem to be doing very much investing in their own organizations. The reason that matters is because those investments increase productivity by giving employees more to work with, they drive overall economic growth and they help ensure the long-term competitiveness of the businesses by developing new products and perfecting the ones we have. Companies that are not investing move toward obsolescence, especially against competitors elsewhere who are.

In 2018, one estimate indicated that the 3,000 largest U.S. companies were sitting on $2.7 trillion, and they could have used a lot of that to invest. That figure dropped to about $1.7 trillion this year, primarily because of stock buybacks, not investment. This does not count the amount of cash held abroad, which may be as much as $1 trillion. Capital investment grew 22% from 2008 to 2017, while corporate profits grew by 33%. Investment jumped with the tax cut by 11%in 2018 but then fell back to roughly 3% this year. The lack of robust investment is especially concerning given that we have been in a period of long-term economic growth; if we don’t invest now, then when?

See also: HRE survey: What’s keeping you up at night?

So, what could be done to enhance investment? The 2017 tax cut was a bit of a dud on that front, as the bump in investment that appeared to come with it did not last more than a year – power of ideology.

Here’s a story based on a highly credible study of an intervention that did just that: It raised capital investment and, in the process, the ratio of capital to labor. It also reduced outsourcing, and it shifted jobs somewhat toward higher-skilled positions. Perhaps unfortunately for employees but not for shareholders, wages rose no faster with the intervention than without. That all sounds pretty good for the power of ideology in business, for investors and for the economy, right?

So, what was the intervention? It happened in Germany, and the “experiment” that made the analysis possible happened because some businesses were covered by it, while other, similar firms were not.

The intervention was having workers sit on the board of directors. One-third of the directors in the period since WWII had been employees, but a 1994 law exempted new companies from the requirement, which made the comparison between employee directors and non-directors possible.

Did we just feel the air go out of the balloon? I think so. The question is, why? Why is thinking about employee governance such a non-starter in the U.S. context?

The assumption is strong here that letting employees serve on boards is like “letting the inmates run the prison,” as an aphorism commonly used in this context puts it. They will be selfish, drive up wages, make jobs easier and so forth. Yet, there is no evidence of any of that in this context. Wages with employee directors were not higher, financial and other measures of performance were no worse. This was a test of the “If we just got rid of those workers who were getting in the way, the companies would really take off” hypothesis, and it failed miserably.

Related: Does the presence of employees on corporate boards help companies?

We don’t know for certain what was so different in the companies that had employee directors, but the best indication is that they were advocating for shop floor-level improvements to address work problems, hence the higher investment. It is easy to not recognize that employees typically have a much longer and deeper attachment to a company and interest in its success than do investors, who can easily do the “Wall Street Walk” and move on if there are problems. It is typically easier for executives than regular employees to move on if things go poorly.

Yes, we had some employee representatives on the boards of U.S. companies as well, mainly in the 1980s, when the companies needed union concessions to survive. The quid pro quo was to put union reps on the boards, typically one director. We did not have neat experiments to assess the effect, but I never heard any evidence that those reps were messing up business success. A lot of those companies failed, but the union reps were on them because they were already failing.

I’m not expecting this evidence to persuade a U.S. audience, given our prior assumptions. What is worth considering, though, is why there was and remains such widespread support for a tax cut that didn’t work as a way to improve capital spending, while an approach for which there is good evidence it did work is a non-starter? It suggests something about the power of ideology, or more accurately, ideology, in how we think about business.